We're open 24/7 and ready to help you during COVID-19 with Sanitization Solutions.

Published by 911 Restoration San Francisco on March 30, 2022 in category: Uncategorized 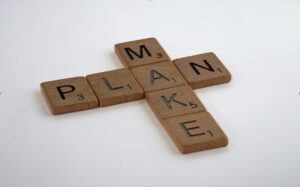 According to the National Alliance on Mental Illness or NAMI, as it is popularly abbreviated, almost 5% of the entire global population has shown symptoms of clinically diagnostic hoarding disease. Usually shaken off as a personality quirk or an obsessive-compulsive disorder (OCD), hoarding isn’t regarded as much of a serious ailment as its other mental health counterparts.

However, it is far from the truth. Hoarding shouldn’t go untreated. Yes, much to your surprise, there is such a thing as a “hoarding disease” that can easily compromise an average person’s lifestyle and living conditions if gone untreated. Additionally, it can have far-reaching, long-term adverse effects compromising the quality of the person’s life.

We all carry minor tendencies of hoarding. From keeping cards and love letters of high school to refusing to throw out our favorite childhood toys – there is a hoarder inside all of us. However, while we understand that these things are of sentimental value, a classified hoarder may not be able to tell the difference and keep on collecting things that make no sense.

As depicted in the popular medical genre sitcom House MD, episode 18 of season seven called The Dig – the patient’s wife is depicted as a class-A hoarder. With one scene showing that she has collected even ear wax from the year it first began, you can only imagine how deeply rooted, and far-fetched hoarding can become.

Therefore, the difference between drawing the line where you throw out your old stuff amidst spring-cleaning and someone who just caters is where hoarding becomes a problem. In fact, apart from being a mental health ailment itself, it causes additional health implications in people’s life who hoard or have someone with them hoarding stuff.

Health Implications of Suffering from a Hoarding Disorder

Here are some of the most common health implications that can result from a hoarding disorder:

Naturally, if you will continue to collect anything and everything with no one seeing an end of it – there will be a continuously upcycling pile of rubbish. And like any pile of rubbish, it will start to degenerate, rot, and become more and more dangerous. It may even become flammable due to the gases being omitted during the degeneration process, making it a major fire hazard.

Additionally, the junk piling up will attract dust, and dust will attract infestation from all sorts of bugs and insects. While the dust itself is a dangerous allergen and can trigger allergies, asthma, and sinuses, causing infection, an infestation is far more severe and dangerous. The rubbish would become a breeding ground for viruses and bacteria.

Mold is another increasing health issue for homeowners who have or live with someone with a hoarding disorder. Not only is mold a known allergen that can cause allergies, but it can also trigger respiratory problems in even a perfectly healthy person. The patient may become susceptible to flu-like symptoms with coughing, runny nose, and skin irritations, to name a few.

How Does Hoarding Impact Health Insurance?

However, health insurance providers have recently been given a new legal agenda to abide by, binding them to the health insurance eligibility law. If it were before 2014, things would have been different with how health insurers worked over free will and were under no legal pressure to undertake health implications caused by hoarding disorder.

Like any mental health disorder, people suffering from a hoarding disease may also be reluctant to reach out for help. Therefore, it comes down to people like us to determine and distinguish the people around us who may have a problem. It is essential to talk to them without committing any abrupt changes in their environment, negatively impacting them.

From paranoia to embarrassment, anything may drive them away from ever reaching out and asking for help. Hence, talk to them gently. Try to eliminate stuff one by one and make them realize how it doesn’t serve a purpose. Moreover, you can showcase to them how they are compromising their quality of life by continuously hoarding junk.